We aim to understand the role of state-dependant and neuromodulatory changes in visual processing in the mouse visual system. In particular, we aim to understand the role of the serotonergic system, since serotonin has been implicated, e.g., in modulating retinal information streams in rodents and is involved in modifying the neuronal representations of visual stimuli in zebrafish during states of hunger, which improves the representation of prey-like stimuli. We have established a freely moving paradigm to study the behavioral and neuronal effects while controlling the serotonergic system. 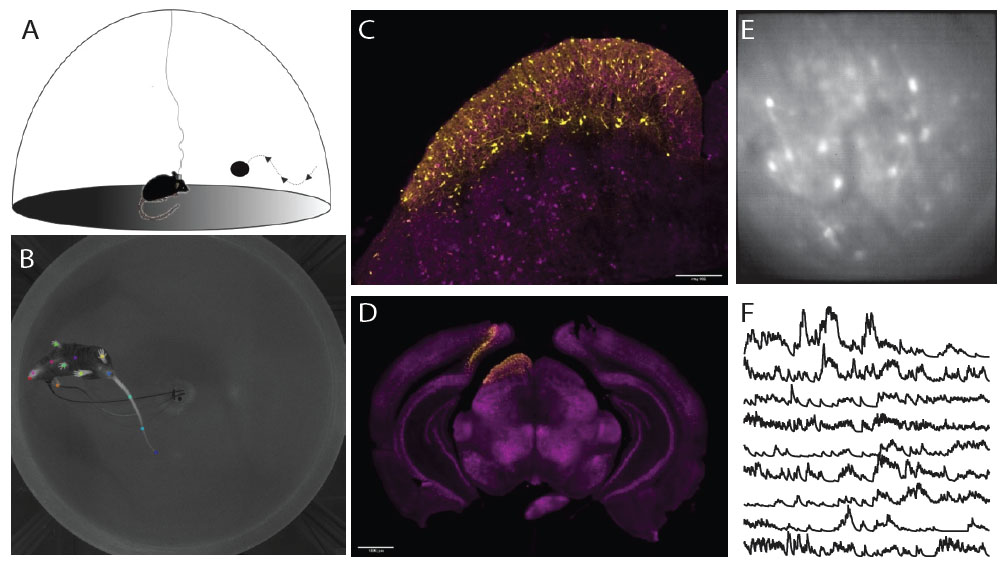 Freely moving closed-loop recording of cellular activity. A. Schematic of the experimental set-up. Freely moving mouse is tracked (B) online while visually stimulated in a virtual reality dome C-D. Example injection of superior collicular interneurons in a Tac1-Cre animal. E. Example image was taken via an implanted GRIN lens in the anterior superior colliculus. F. Example of single-photon Calcium traces.